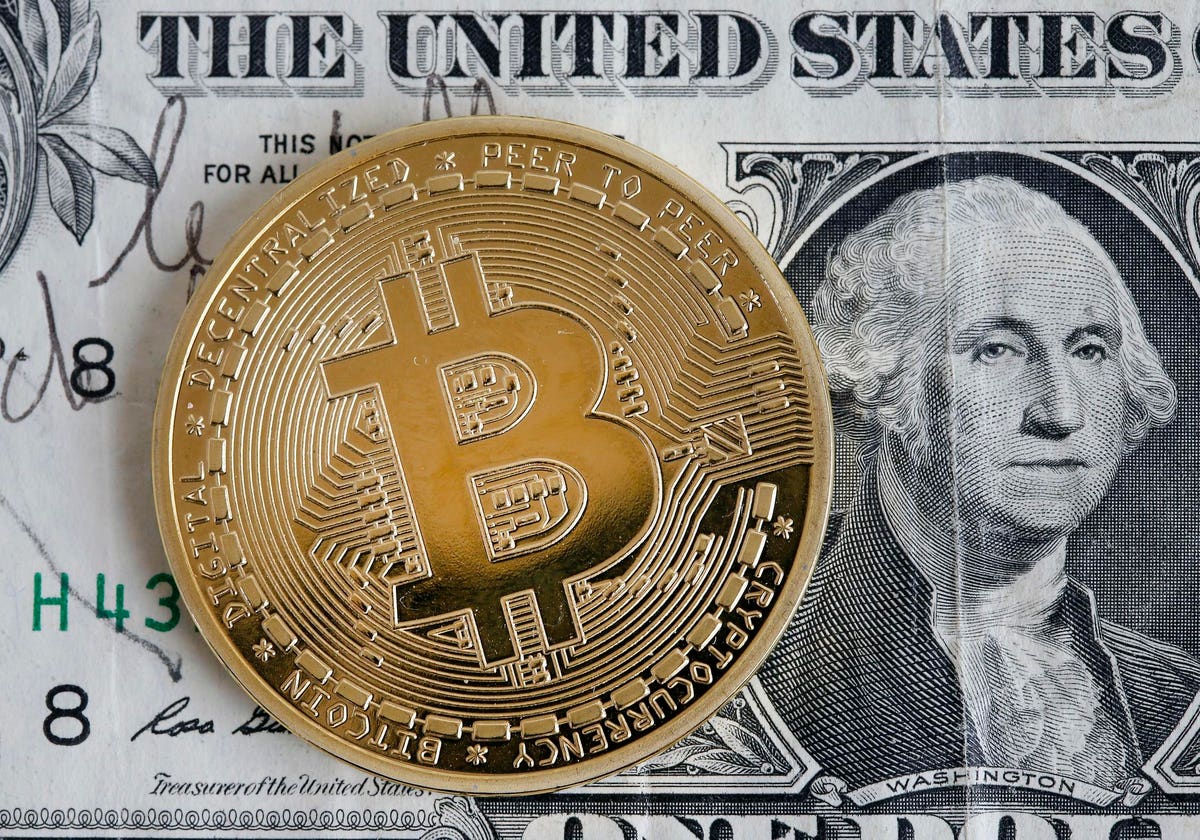 Bitcoin and cryptocurrencies have had a tough start to 2022—with some predicting more pain could be on the way—after rocketing last year.

The bitcoin price, after starting the year at almost $50,000 per bitcoin, dropped to lows of $32,000 in January. While bitcoin’s price has recovered somewhat, it remains under pressure as crypto investors brace for a huge $10 trillion earthquake.

Sign up now for the free CryptoCodex—A daily newsletter for the crypto-curious. Helping you understand the world of bitcoin and crypto, every weekday

MORE FROM FORBESCrypto Price Prediction: Ethereum Could Double In 2022 Amid ‘Strong Competition’ From Rivals BNB, Solana, And CardanoBy Billy Bambrough

“It’s like an insurance policy,” the chairman and chief investment officer of Miller Value Partners told CNBC in an interview this week, adding he thinks publicly-traded bitcoin miners, those that use high-powered computers to secure the bitcoin blockchain in return for freshly-minted coins, are trading at very attractive valuations.

“Bitcoin is insurance against financial catastrophe as we see in Lebanon, or in Afghanistan, or many of these other countries where we saw (that) around the time of the pandemic.”

Last month, Lebanon’s government laid out a plan to tackle the country’s long-running financial crisis, projecting a 93% devaluation of the Lebanese pound, it was reported by Reuters. Meanwhile, cash shortages have exacerbated a deepening economic crisis and soaring inflation in Afghanistan after the Taliban seized control and the former government collapsed last summer. Globally, inflation has surged as lockdowns put in place to curb the Covid-19 pandemic have come to an end and economies remain awash with pandemic-era stimulus cash.

Miller also clarified comments made in January that were taken to mean that he had invested half of his personal wealth into bitcoin and other cryptocurrencies. He said he’d only a few percent of his net worth into bitcoin, which then grew to become half his total fortune as the price rose.

“Now it’s less than that, because [the bitcoin price is] down half since November [but] it’s still a very big position,” he added, without revealing any specific figures.

Bitcoin’s reputation as a safe haven asset and a hedge against inflation has grown over the last few years along with the bitcoin price, with some expecting it to eventually supersede gold. In 2020, renowned investor Paul Tudor Jones announced he was buying bitcoin, naming it as the “fastest horse to beat inflation.”

“Serious geopolitical risks in recent weeks are demonstrating real-life use cases for bitcoin and cryptocurrencies in extremely volatile times,” Nigel Green, chief executive of the financial advisory deVere Group, said in emailed comments, pointing to research showing bitcoin has been donated to Ukrainian non-governmental organizations and volunteer groups, being used to equip the Ukrainian army with military and medical supplies as Russian forces mass on its border, and a decision made by the U.S.-based fundraising website GoFundMe to remove the donation campaign for the Canada Freedom Convoy trucker protest and return millions of dollars back to the donors.

“Bitcoin is widely regarded as a valuable store of value and medium of exchange,” added Green, who expects the bitcoin price to climb this year.

“But geopolitical issues this week have tested its other core values of being a viable decentralized, tamper-proof, unconfiscatable monetary system. These real-life use cases will further increase bitcoin’s mass adoption and lead to higher prices this year.”