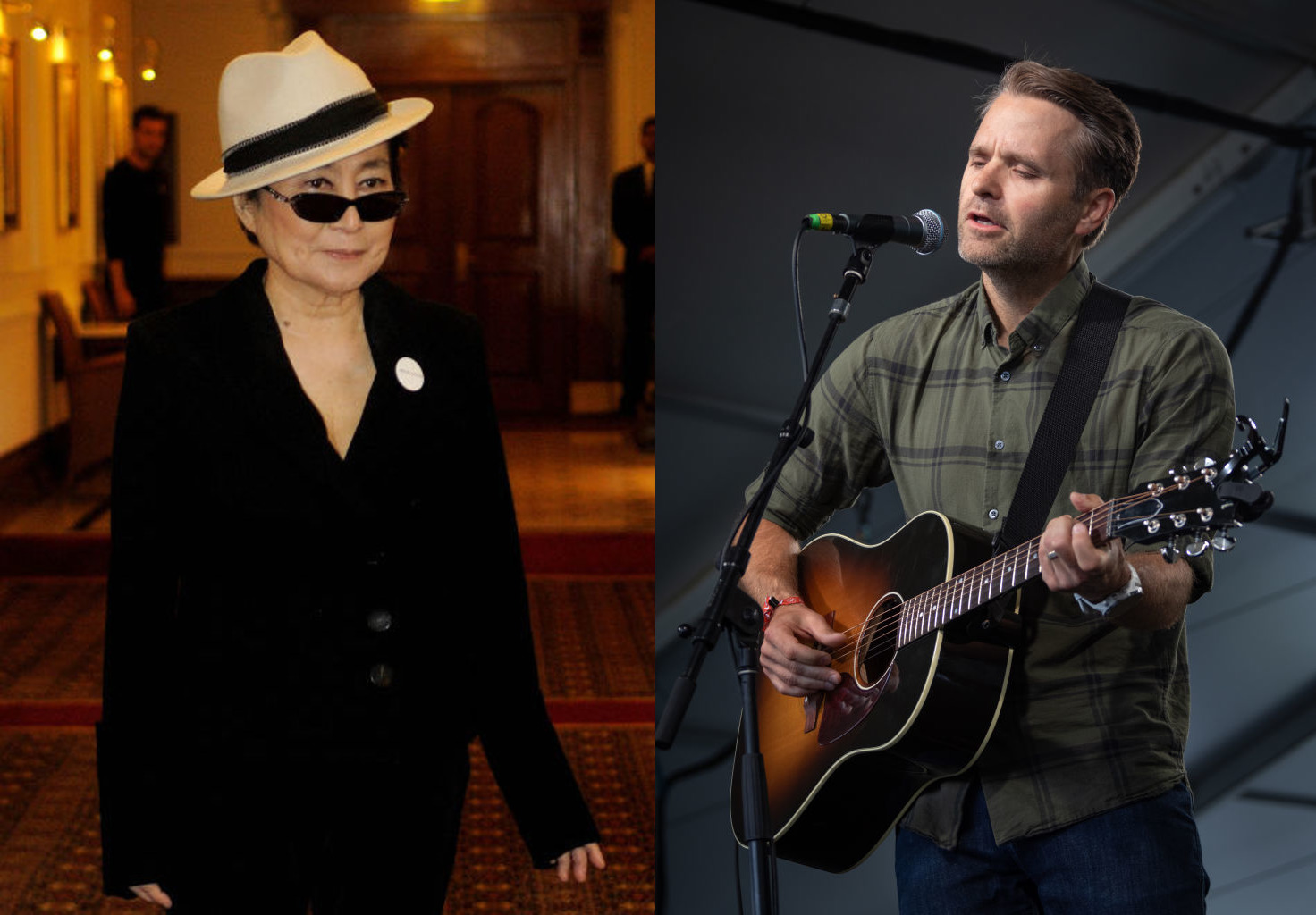 Loss of life Cab For Cutie has launched a canopy of Yoko Ono’s 1973 observe, “Ready for the Dawn,” which is included on Ocean Youngster: Songs Of Yoko Ono, an upcoming tribute album honoring the groundbreaking artist curated by frontman Ben Gibbard. The album, scheduled for launch Feb. 18, coincides with Ono’s 89th birthday.

“Ready for the Dawn” appeared on Ono’s album Roughly Infinite Universe. Whereas Ono’s authentic is angular and upbeat, Gibbard and crew give the music a distinctly Loss of life Cab emotive indie rock aptitude.

In January, two contributions to the compilation — David Byrne and Yo La Tengo’s rendition of “Who Has Seen the Wind?”, and Japanese Breakfast’s model of “No one Sees Me Like You Do” — have been launched.

Ocean Youngster additionally options contributions from artists together with Sharon Van Etten (“Toyboat”), the Flaming Lips (“Mrs. Lennon”), and Stephin Merritt of the Magnetic Fields (“Hear, the Snow Is Falling”). Gibbard and music journalist Jenny Eliscu may also launch an eponymous podcast in regards to the compilation, with interviews from musicians featured on the album discussing the impression of Ono’s music and artwork.

Gibbard mentioned the document was born out of each love and frustration. “As an advocate, the tallest hurdle to clear has all the time been the general public’s ignorance as to the breadth of Yoko’s work,” he mentioned in a press release. “She has persistently created melodies as memorable as these of finest pop writers. As a lyricist, she has all the time written with poignance, sophistication, and deep introspection.” He added: “It’s my honest hope {that a} new crop of Yoko Ono followers fall in love together with her songwriting due in some small half to this album we’ve put collectively.”