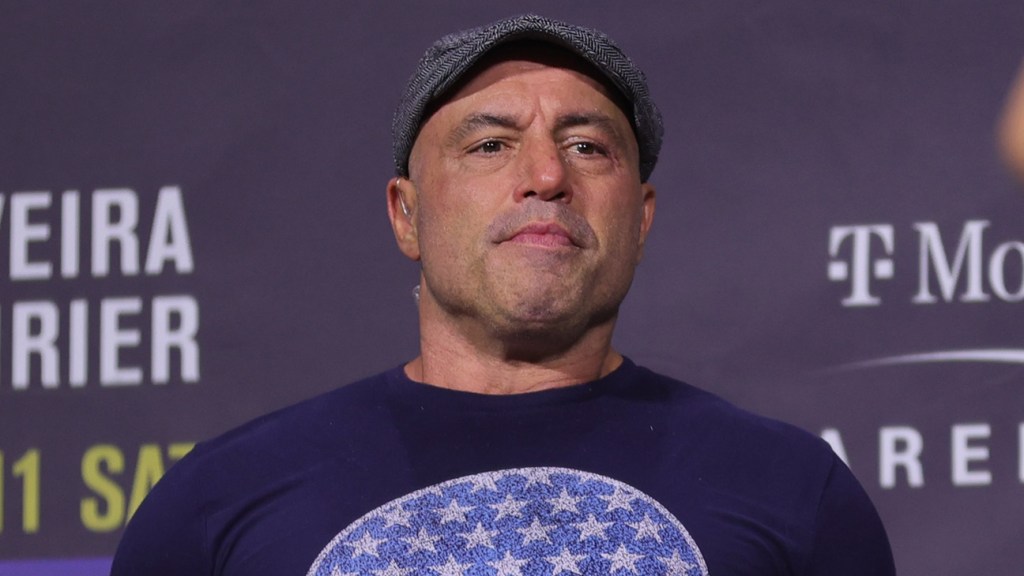 Joe Rogan has responded to resurfaced clips of him repeatedly using the n-word, stating in a lengthy video posted to his Instagram account on Saturday that he hopes this can be a “teachable moment.”

“I’m making this video to talk about the most regretful and shameful thing that I’ve ever had to talk about publicly,” he began. The podcast host, who has recently been the subject of a protest led by musician Neil Young following the spread of COVID-19 misinformation on his show the Joe Rogan Experience, said his clips were taken out of context from 12 years of conversations and “all smushed together and it looks fucking horrible, even to me.”

Rogan was referencing a video compilation that features him in various contexts using the racial slur. It also includes him comparing being in the presence of Black people with the film Planet of the Apes. The video has gone viral online and was highlighted by musician India Arie in an Instagram Story she posted Thursday.

The Grammy-winning singer-songwriter published the clips to clarify that her decision on Jan. 31 to publicly support Young and other musicians pulling their music from the streamer was about more than just “his COVID interviews” on the Spotify exclusive podcast (a licensing deal worth a $100 million), but was also about Rogan’s history of “language around race.”

In his nearly six-minute video, Rogan said he hasn’t used the racial slur “in years” and that he only used it within certain contexts. That includes quoting someone, such as Redd Foxx saying it on TV in the 1970s or its repeated use in Pulp Fiction. He also pointed to him saying it when repeating the title of Richard Pryor’s third comedy album.

“Now I know that to most people there’s no context where a white person is ever allowed to say that word, never mind publicly on a podcast. And I agree with that now,” he said. “I haven’t said it in years. But for a long time when I would bring that word up, like if it would come up in conversation, instead of saying the n-word I would just say the word. I thought as long as it was in context, people would understand what I was doing.”

Rogan went on to say that these were the only contexts in which he used the word and defended himself, stating that he’s “not racist.”

“It’s a very unusual word, but it’s not my word to use. I’m well aware of that now. But for years I used it in that manner. I never used it to be racist because I’m not racist. But whenever you’re in a situation where you have to say ‘I’m not racist,’ you’ve fucked up. And I clearly have fucked up.”

Addressing his Planet of the Apes statement, which he says he made 11 years ago in a since-deleted podcast, Rogan stated that the comment was around him and his friends being dropped off in a Black neighborhood and seeing the Planet of the Apes movie.

“I was trying to make the story entertaining … I did not nor would I ever say that Black people are apes, but it sure fucking sounded like that and I immediately afterwards said that’s a racist thing to say,” Rogan said in his Instagram video. “But then I went on to talk about what a positive experience it was and how much fun it was to go to see this movie in a Black neighborhood. It wasn’t a racist story but it sounded terrible.”

Towards the end of the video, Rogan described his statement as a “fucking Idiotic thing to say” and that he wishes he could change it.

“Obviously, that’s not possible. But I do hope that this can be a teachable moment for anybody that doesn’t realize how offensive that word can be coming out of a white person’s mouth in context or out of context,” he said.

“My sincere and humble apologies,” he added. “I wish there was more that I could say but all of this is just me talking from the bottom of my heart. It makes me sick watching that video. But hopefully, at least some of you will accept this and understand where I’m coming from.”

Rogan’s apology comes on the heels of a growing boycott around his spread of COVID misinformation, with artists like Joni Mitchell, longtime E Street Band member Nils Lofgren and writer Roxane Gay also joining Young in pulling their content from the platform after a letter signed by 270 physicians and scientists criticized Spotify’s lack of policies prohibiting misinformation. The letter pointed specifically to an episode of Rogan’s podcast featuring virologist and vaccine skeptic Robert Malone.

In his initial public letter, which was posted to his website, Young expressed, “I am doing this because Spotify is spreading fake information about vaccines — potentially causing death to those who believe the disinformation being spread by them.”

Rogan’s latest response also follows comments from Jon Stewart and Spotify CEO Daniel Ek defending Rogan. In a transcription obtained by The Verge, the platform’s CEO originally cited the company’s “mission to get to 50 million creators and a billion users” as part of why it’s not “dictating the discourse that these creators want to have.” Spotify has since announced it will add a content advisory and updated its platform rules around COVID-19 misinformation.

Before Rogan posted his apology, more than 70 episodes of the Joe Rogan Experience had been quietly pulled from Spotify, according to Rolling Stone. The Hollywood Reporter reached out to Spotify for comment.