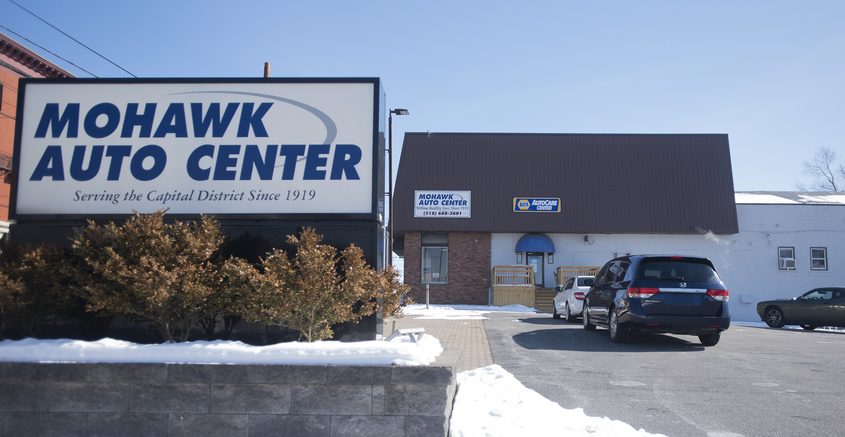 SCHENECTADY — The Mohawk Auto Group of new-car dealerships is ending used-car sales at its Schenectady business and looking at ways to redevelop the site.

The family-owned company announced Monday that Tuesday will be the last day of vehicle sales at Mohawk Auto Center, 756 State St.

Over the next four weeks, that staff will relocate to Mohawk Honda in Glenville and Mohawk Chevrolet in Malta. The company said the move will improve efficiency and fill vacancies that persist amid a tight labor market.

J&S Auto Credit, a lending operation co-located with Mohawk Auto Center on State Street, will remain in operation there for two to three years to service existing loans.

Mohawk said it is now looking at options to redevelop 756 State St.

“By relocating employees to our other dealerships, it will greatly improve operations, as well as fill open positions to ensure we provide the highest level of customer service to our community,” Steve Haraden, president of Mohawk Auto Center, said in a news release.

Joseph Haraden founded the company in 1919 in Schenectady and his son Buzz converted it from a Chevrolet dealership to a Honda dealership in the 1970s.

Buzz’s sons Jeff and Steve, constrained for space at 756 State St. and unhappy with the condition of the surrounding area, moved Mohawk Honda to Glenville in 2011.

In 2019, Mohawk came full circle, acquiring a Chevrolet dealership in Clifton Park that it has since relocated to Malta.

Steve Haraden said Monday that Mohawk Honda and Mohawk Chevrolet are looking to establish the same model as was used at Mohawk Auto Group: A line of pre-owned vehicles at a lower price point, primarily consisting of customer trade-ins, with several lenders available for customers.

More from The Daily Gazette: