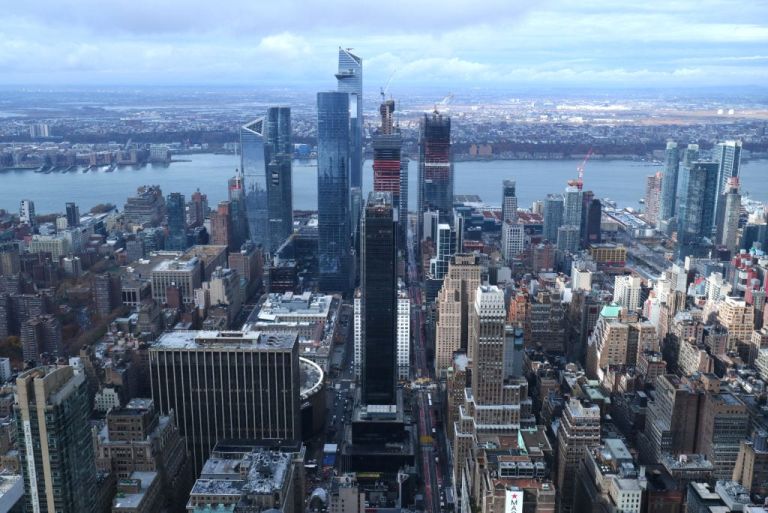 New York City’s commercial properties kept 92 percent of their value during the pandemic, even after the serious economic disruption and shift to remote work it caused, according to Mayor Eric Adams’ initial budget for the city.

The budget estimates that commercial buildings in the Big Apple are worth about $301 billion for the upcoming fiscal year, which runs from July 2022 to June 2023. That’s close to the properties’ estimated $326 billion value for the 2020 to 2021 fiscal year, which was calculated in January 2020, Crain’s New York Business first reported.

“After two years of struggle, we are on the brink of a recovery that offers us a once-in-a-generation opportunity to make real change on a grand scale,” Adams said in a statement when he announced the budget on Wednesday.

Even though commercial properties in total largely retained their pre-pandemic values, office assets still took a hit because of the pandemic.

Office property values fell nearly 17 percent in the 2022 fiscal year compared to pre-pandemic levels — double the losses felt by commercial real estate at large, according to a report last year from New York State Comptroller Thomas DiNapoli. The comptroller’s office did not immediately respond to a request for comment.

The city found that office vacancy rates were at an all-time high in 2021 — nearing 20 percent, according to Adams’ budget. New York City predicts that those vacancy rates will remain high for the next four years, only approaching 15 percent in 2026.

Adams’ $98.5 billion preliminary budget hopes to address the city’s commercial recovery along with other key issues for his administration, including unemployment, the pandemic and crime — which hampers the return to the office. Adams and Gov. Kathy Hochul announced on Friday that the Metropolitan Transportation Authority would increase the number of police in the city’s subway system, improve homeless outreach and crack down on those littering, using drugs or laying on subway seats — in part to ease fears about commuting on the city’s subway system.

But crime isn’t the only obstacle to getting workers back into the city’s stock of office buildings. The budget pins slowed office homecomings on the omicron variant — which swept through the city late last year, causing skyrocketing coronavirus cases before finally starting to subside in mid-January. Just under 26 percent of people that worked from commercial office buildings before the pandemic were back to their cubicles in January, according to the budget.

“The quick spreading omicron variant demonstrates the potentially uncertain road ahead for the city’s full economic recovery,” the preliminary budget indicates. “While this forecast assumes a steady return of tourists as well as office workers and economic activity to the city, any new COVID-19 waves could upset this trajectory.”

New York City also faces a high level of unemployment as a result of the pandemic. The city has recovered just 55 percent of jobs lost during the pandemic, compared to 84 percent recovered in the rest of the nation, according to the budget.

While top-tier space kept up with demand, lower-quality office buildings were hit heavily by lesser demand for office space. The decreased commercial property values mean less tax revenue for the city, which expects to collect 6 percent less in the 2022 fiscal year, according to the budget.

“New York City’s commercial office market faces significant challenges over the next few years as remote work may potentially upend demand for office space,” per the budget. “As a result, it is assumed that property tax growth for the remainder of the forecast period is essentially flat.”

Celia Young can be reached at [email protected].