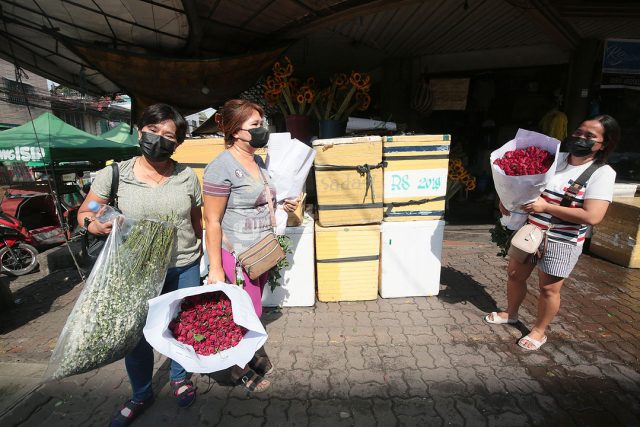 THE Philippine central bank is widely expected to keep policy rates unchanged at its meeting on Thursday to support nascent economic recovery amid the pandemic.

But some analysts expect the Bangko Sentral ng Pilipinas (BSP) to start raising interest rates in the next three to four months to move in sync with global monetary policy tightening and as the economy gains pace.

All 16 analysts in a BusinessWorld poll expect the Monetary Board to keep the key policy rate at a record low of 2%.

“There is no urgency for a rate hike given that our economic recovery is tenuous and annual gross domestic product will only reach 2019 levels this year,” said Victor A. Abola, an economist at the University of Asia and the Pacific.

The BSP’s focus would remain on supporting the economy, given its earlier statements about the threat of the coronavirus, said Nalin Chutchotitham, Citigroup, Inc. economist for the Philippines.

BSP Governor Benjamin E. Diokno last week said the emergence of new COVID-19 variants could delay the reopening of the economy, but a more aggressive vaccination rollout could mitigate this risk.

“The comments suggest that the BSP continues to give priority to economic recovery and would likely remain patient on its policy rate normalization,” Ms. Chutchotitham said. She expects the central bank to start raising rates by the fourth quarter.

At its Dec. 17 policy review, the Monetary Board kept interest rates unchanged, citing the threat from the more transmissible Omicron variant.

The Omicron-driven surge prompted the government to reimpose a stricter Alert Level 3 in Metro Manila and other parts of the country in January. The alert level was downgraded starting this month, allowing businesses to boost capacity.

Alvin Joseph A. Arogo, vice-president and head of research at Philippine National Bank (PNB), said the central bank might soon become more comfortable in tightening monetary policy once the economy recovers by the third quarter of 2022.

“We believe the BSP will likely start its rate hike cycle on June 23, which will be the second Monetary Board meeting after the May 9 elections. Moreover, we have baseline forecast of two 25-basis-point (bp) rate hikes this year,” he said.

Mr. Diokno has said he wanted to see four to six quarters of consecutive growth before considering a rate hike.

The economy rose by 7.7% in the last three months of 2021, marking its third straight quarter of annual growth and bringing full-year economic expansion to 5.6%. This was a turnaround from the record 9.6% contraction in 2020.

EASING INFLATION
Slower inflation will buy the central bank time to retain an accommodative stance at least in the next few policy reviews, some analysts said.

The consumer price index rose by 3% in January, the first time 2018 was used as base year from 2012 previously. This was slower than 3.6% in December and was within 2-4% target.

“The Monetary Board could afford to remain accommodative for the time being, notwithstanding the significant upside risks posed by global crude prices amid a gradual improvement in the Philippine economy,” Security Bank Corp. Chief Economist Robert Dan J. Roces said.

The central bank would factor in elevated oil prices and its consequences for price stability, said Makoto Tsuchiya, an economist at Oxford Economics

“This price development, as well as our expectation of four rate hikes in the US this year, will lead to the BSP raising rates in the third quarter to contain inflation, currency depreciation, and possibly related capital flight,” he said.

“Rate hikes from the Bank of England, policy tightening from the Fed by March and a possible reversal in the European Central Bank (ECB) stance within the year could alter the financial market substantially in the next few months,” he said.

The Bank of England started raising interest rates early this month, while ECB officials may do so within the year. The Fed last month said it was considering a rate hike by March.

Mr. Mapa said 2018 was the year the peso tumbled by more than 9% and inflation rose sharply to 6.7%, taking along domestic borrowing costs with it. “Thus, we expect the BSP to also consider developments related to the impending Fed rate hike when it decides on its strategy for its own exit plan,” he added.

The Fed in 2018 implemented a series of rate hikes amid upbeat economic growth and a strong labor market.

Read Also:   Why Ariel Winter And David Arquette’s Spooky New Video Recreation The Quarry Ought to Be Performed By Anybody Who Loves Horror Films

In the Philippines, this coincided with elevated inflation as low food supply caused prices to spike. In the same year, the BSP raised interest rates by a total of 175 bps.

The BSP last cut interest rates in November 2020. Rates have been unchanged since then.

After Thursday, the central bank will hold its next policy review on March 24.

Donald Trump and his kids Donald Jr and Ivanka are subpoenaed in New York probe
Catching up with world-class photographer Alan Mercer
Why Finance Is Ripe For Disruption (And What To Do About It)
Best agency IPG advises prospects to 'pause' Twitter classified ads: document
Share
Facebook
Twitter
Pinterest
WhatsApp
Previous article
Advance Auto Parts Proves Its Worth
Next article
Innovation In Finance – The Future Of Money